The idea of subliminal messaging came about in 1957, when a researcher by the name of James Vicary coined the term, claiming that he could increase the sales of Coke and popcorn in theaters by flashing words, such as the picture above, so quickly during a movie that it would only be seen by our subconscious mind, thereby affecting our decisions and subsequently influencing our desire to purchase yummy treats.  While there are apparently no federal or state laws in the U.S. specifically addressing this practice, the FCC and FTC have regulations in place either explicitly prohibiting it (FCC since 1974) or more generally prohibiting the idea of deceptive advertising (FTC.)

Fast forward to today and we are literally inundated with in-your-face advertisements everywhere we look, from television to internet to billboards.  Everyone, every corporation, everywhere is begging you to hand over your hard-earned cash for whatever good or service they are offering.

According to this recent CBS News article, every hour of cable television consists of nearly 16 minutes of commercials and, what’s even more INSANE…networks have been literally speeding up their shows in order to cram in more ad time!

Commercials play before shows, in between scenes, and after the closing; however, have you also noticed the seemingly unashamed placement of products right in the flow of your favorite program?  My wife and I have noticed it off-and-on in various shows in the past but two weeks ago, the episode of Scandal, titled It’s Hard Out Here for a General, is what inspired this post.  We no longer have cable but enjoy this show via Hulu and have been long-time fans of Shonda Rhimes’ television work since the beginning of Grey’s Anatomy  up to her latest show, How to Get Away With Murder. 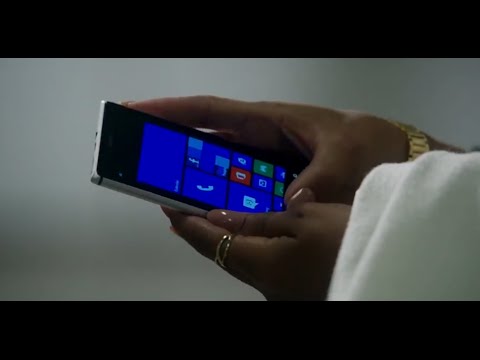 Anyway, back to the point…Microsoft Surface tablets and cell phones were prominently displayed throughout the entire episode, with several instances of a ringing phone being the centerpiece of the shot.  Don’t get me wrong, I love the Surface tablet I own…but for the love of Pete, give it a break!  If this isn’t subliminal messaging/advertising, I don’t know what is!  While there weren’t any scripted lines of “Hey, Olivia, give me a call on your Nokia 925 later tonight” (there are actually sites that are devoted to discussing types of products used in these shows…seriously,) the fact is, the message is still there – this high-profile, strong, powerful woman is using this particular phone…I NEED ONE TOO!  It’s right on par with celebrity endorsements selling the image of our ideal selves, from Michael Jordan selling shoes to Jeff Gordon promoting Pepsi.  And let’s face it, Olivia Pope (Kerry Washington) is, in fact, a celebrity.  While I don’t know if she actually receives any compensation for using the phone on the show, her use of the phone without a doubt impresses upon some individuals, subliminally or otherwise, to research and potentially purchase the phone, if for no other reason than because she uses it.

And thus the cycle of rampant societal consumption continues.

So, my dear reader, have you noticed any other such examples of “subliminal” advertising in you day-to-day lives, whereby marketers and corporations try their best to stealthily get you to open your wallet?

P.S. – While I personally enjoy this show for its entertainment value, I’m glad we opted for the ad-free version of Hulu.  Having to deal with the in-show advertising makes it well worth the extra $4/month to not have to sit through the same set of commercials three or four times during the episode.

To note, consumer products are not the only things being subliminally touched upon; if you watched this particular episode, you can’t help but notice parallels between the show’s story line and a certain political figure/issue going on in our country.  While I’m sure this isn’t the only show to do this sort of thing, there are obvious undertones (and some very blunt dialogue) that speak a narrative with the capacity to tilt public opinion.  I’m not here to debate politics…just pointing out my observations.  Take it as you will. 🙂